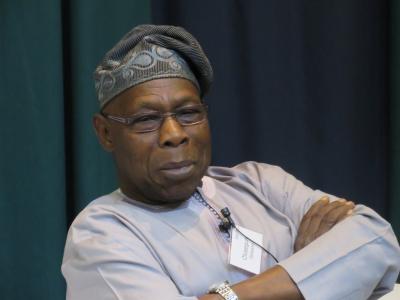 Obasanjo made the comment in Abuja on Thursday while delivering a speech titled ‘Moving Nigeria Away from Tipping Over’ at a consultative dialogue attended by various socio-cultural groups, according to a report by Punch Newspaper.

“I do appreciate that you all feel sad and embarrassed as most of us feel as Nigerians with the situation we find ourselves in,” Obasanjo said. “Today, Nigeria is fast drifting to a failed and badly divided state; economically our country is becoming a basket case and poverty capital of the world, and socially, we are firming up as an unwholesome and insecure country.

“And these manifestations are the products of recent mismanagement of diversity and socio-economic development of our country. Old fault lines that were disappearing have opened up in greater fissures and with drums of hatred, disintegration and separation and accompanying choruses being heard loud and clear almost everywhere.”

According to CEOAFRICA report, Obasanjo said those calling for the country’s breakup must remember that, in the event of a split, citizens would still be neighbours and need to conduct relations among one another.

He said unity is important to solve the problems bedevilling the nation and commended the consultative forum idea.

“With what I have seen, read and heard from the rapprochement that you are forging together, I see a ray of hope that Nigeria can be saved from disintegration,” he said.

“If we are ready to live together in understanding, mutual respect and love with equity, justice, inclusiveness while engendering sense of belonging and unity of purpose and all hands on deck, we can deal with internal issues of terrorism, organised crimes, banditry, kidnapping, human trafficking, drug, money laundering and corruption. We will then be able to deal successfully with any incoming attack of terrorism, organised crimes, etc; from outside.”

31.14 percent of goods imported into Nigeria are from China- NBS...
Read More...